Well, I’ve been doing a lot this summer to exercise. Every weekday morning I run at least one mile and on weekends I head out to (re)discover sights across western NC. I thought I knew these mountains well, and what I’ve discovered is that I know some areas well but have neglected to spend time across the mountains. So, I’m making up for that this summer (and into the future). I plan on stopping at those sights you see advertised while one drives across the mountains … and I plan on having a lot of fun while doing it.

Below are some photos of the waterfalls I’ve been visiting. The pictures aren’t all great shots, but they do capture the beauty of these mountains. I will be continuing this into the Autumn and even Winter (for the inevitable icy shots). If you ever want to join me, email me!

The roughly one mile hike to Little Bearwallow Falls is not difficult, but the uphill can be strenuous. If you keep going the additional two miles to Wildcat Rock know that it IS strenuous. Immediately when you set out from the Wildcat Rock Trailhead in Gerton, NC, you encounter an apple orchard.

Then, you enter the woods on a clearly marked trail and cross a stream.

Next, get ready for some uphill hiking. But, the reward is the rock wall (you’ll see the waterfall is thin with little water on the day I was there, but the wall itself is great for both rock and ice climbing).

Yet again I’ve taken my annual trip to Portland for the World Domination Summit. And, yet again it was a fantastic trip. This time, in addition to WDS activities, I took the time to hike to Ramona Falls on Mt. Hood. And, for one of my academies, I participated in a photowalk around downtown Portland. On Sunday night, instead of going to the closing party, I went to go see Carlos Santana play (with the Doobie Bros opening). Yeah .. you can imagine just how good this week was for me. I am recharged.

There are a lot of things I learned that I will pursue to advance both business and personal goals. And THAT is the only the second best benefit of WDS for me. The best is reconnecting with my friends and making new friends whose ideas make me think and offer me hope for my personal and professional tomorrows. If you have any questions about either the conference and/or its content, please email me!

Here are some images from the hike, and I have to say that it was one of the most scenic I have ever been on. These images didn’t capture the real color that jumped out at you from everywhere, in particular the manifold variations of yellow and green are still hard to describe.

The photowalk was also amazing. I found I was looking more at lines and colors than people. Here are some of the results:

So, this summer I’ve made a decision to get outside .. as much as I can .. to hike and get to know the mountains I knew as a teenager. And, as a benefit, I get to swim in amazing swimming holes and photograph waterfalls. Life is tough…

I’ve added a menu link to photos of the waterfalls I’ve visited so far. And, of course, more will come. Here is one of my favorites:

The ERC was awarded the 2014 top Communications Technology company at the NC Tech Awards last Thurs (Nov 6) in Raleigh. As the Executive Director, I am very proud of this award. It is more important because so few people are really aware of just how much the ERC does in the communities it serves.

Sure, the ERC supports the four sectors named on its website (education, healthcare, government services, and economic development), but what does this mean? It means the ERC works with communities from Franklin to Sparta to enhance student’s access to broadband. It means that doctors at clinics or hospitals have access to important patient data that is kept/maintained elsewhere. More importantly it means that in emergency situations, doctors can request specific patient information including xrays, MRIs, and other images from regional healthcare groups to best serve critical patient needs. It means that local, regional, and state government branches can get the highest level of broadband speed, reliability and uptime. It also means that government can connect its facilities across a city, county, or the entire region at significantly reduced costs without the loss of quality service. Last, it means that the ERC supports numerous public safety networks and plays a critical role as a technical community advocate. This, and more.

The ERC is an open access network. We not only make available our resources to other telecommunication and cable companies, but we also look for opportunities to create partnerships where we both benefit. In this case, our role is to provide vital infrastructure to enable these other companies to serve the ‘last mile’ in a financially feasible manner.

All of us at the ERC will continue to support economic developers as well as community, business and policy leaders in advocating for a better tomorrow. This can be accomplished in many ways. For one, we continue to expand our network by constructing millions of dollars worth of new fiber optic infrastructure. Our goal is to reach as many underserved areas as possible, and then partner with other groups – local or national – to expand coverage options at competitive prices. What we ultimately want is to increase the adoption of technology. And the ERC believes that this will create opportunity.

I would be remiss if I didn’t say a word of thanks to the North Carolina Technology Association (NCTA), all of the judges who voted for the ERC, all our partners in this process, all ERC customers who have worked with us over the past 12 years, and last but not least a special thanks to the ERC employees – past and present – without whom this would not have been possible.

The ERC was named a finalist for the Communications Technology Company award by the North Carolina Technology Association (NCTA). The NC Tech Awards, held on November 6 in Raleigh, will highlight and recognize the “companies and individuals who have characterized excellence, innovation and leadership” in technology across the state.  The Communications Technology Company award highlights a product or service that demonstrates industry leading performance and/or achieves a milestone of notable success.

The ERC is very proud of its long-term association with NCTA, and especially of this award nomination. Congratulations to the ERC team! 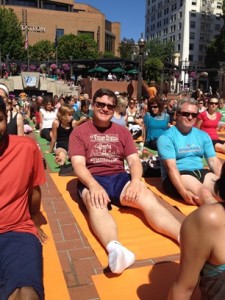 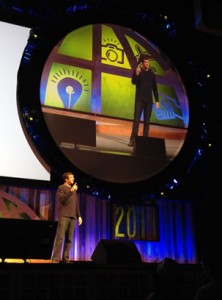 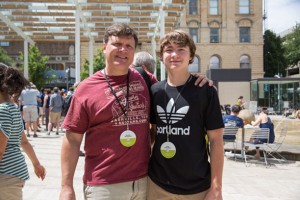 Hi everyone. This is a new site, so please be patient while I configure and start to generate content.